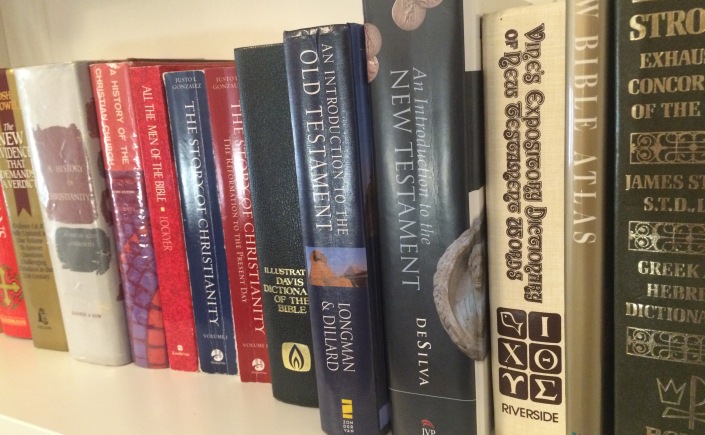 I’ve long believed “All truth is God’s truth.” The statement may have become a cliché but it accurately summarizes my thoughts. I believe truth resides in God and originates with God. Jesus claimed to be truth personified and said that truth would set people free.

Holding this conviction has been freeing. At times, when I’ve sensed others feeling defensive – particularly in situations where long-held beliefs, admired leaders or cherished institutions were challenged, I’ve felt emboldened by the certainty that we need not be afraid of questioning “sacred cows” because it’s better to know any truth, no matter how uncomfortable or difficult, than to believe, live with, or perpetuate a lie.

But as a seminary student, I’ve been in for a few surprises. I’ve learned that questioning my own entrenched beliefs can be difficult; even more so when those beliefs are so deeply rooted that they have simply become a subconscious part of who I am. Learning something that challenges heartfelt convictions can be shocking, uncomfortable, even painful. First, is the awareness that I may have put my faith in something as being true, which may not be, and then there is the realization that an alternative – which I might have once dismissed or even never considered – could be closer to the truth.

As a person who likes boundaries, rules and definite answers, it can be discomfiting to confront the reality that my search for definite answers seems often to yield only further questions.

What we believe matters, for the content of our beliefs shapes and determines how we live. The Christian way presents itself as being both the right way of being human and as being revealed truth. I’ve built my life on my understanding of that truth as it’s been revealed to me. Having my understandings challenged and corrected can feel like the very foundations of my life are being shaken.

For almost five years, I’ve been studying part-time at seminary. As I prepare to begin another academic year I am reminded that I must approach Scripture and my studies in a spirit of humility and open-mindedness, being careful to put my faith not in my interpretation, nor even in anyone else’s interpretation – but in God alone.

And I must prepare for more surprises.

“All great spirituality is about letting go. I say this as an absolute statement. … Spiritual wisdom reveals that less is more. Jesus taught this, and the holy ones live it.”

One thought on “Preparing for more surprises”